Share on facebook
Facebook
Share on twitter
Twitter
Share on linkedin
LinkedIn
The objective was to evaluate the impact of an intervention for improving adherence to antiretroviral therapies (HAART) in HIV-infected patients. Method: We designed a prospective, controlled, randomized trial to assess the impact of an educational and counseling intervention in addition to standard of care. At M0, the study enrolled 244 HAART-treated patients who attended a medical consultation between September and December 1999 who were not included in another protocol. Patients in the intervention group (IG) were offered three individual sessions by trained nurses. The proportions of adherent patients at 6 months follow up (M6) and the change in HIV RNA between M0 and M6 were measured. Results: Between M0 and M6, HIV RNA significantly decreased in the 123 patients of the IG (mean difference = –0.22 log [±0.86], p = .013), while it increased (+0.12 log [±0.90], p = .14) in the 121 patients of the control group. However, the proportion of patients with HIV RNA <40 copies/mL remained similar in both groups. In an intent-to-treat analysis, the only significant predictor of 100% adherence at M6 was the intervention group (p = .05) after adjustment for baseline adherence (p = .001). Among the 202 patients with available data on adherence, the proportion of adherent patients was similar in both groups at M0 (58% vs. 63%, p = .59) but became higher in the IG at M6 (75% vs. 61%, p = .04). Conclusion: The educational and counseling intervention was efficient for increasing adherence to HAART and could be implemented in most clinical settings. Key words: adherence, behavioral interventions, HAART
Lire l'article 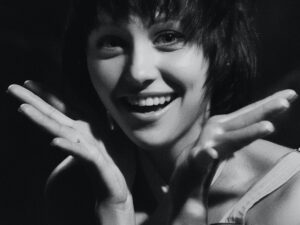